Madden NFL 18 Is The Best NFL Game In Years

A couple of years ago I used to say that I could play basically anything except for sports games. Their need to renew themselves year after year made them an investment that on a personal level was not worth much despite being a fan of the NFL, for example.

This changed with The Journey, the new story mode of FIFA 17 that I reviewed last year here and that renewed my interest in these EA games that are our of our every fall. 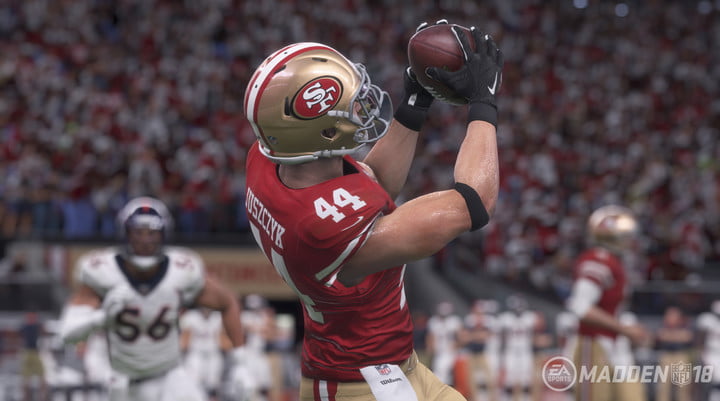 It was logical that he would have high expectations for The Longshot, the first story mode in a Madden that, by the way, is the first running on the new Frostbite graphics engine.

They are many new things, so we are crumbling in pieces.

In Madden 18 there is a fantastic story that takes you through the life of Devin Wade, a player whose passion for sport is part of his life from childhood until his passage through the NFL becoming the player you want to be a through a series of decisions you have to make in the style of Telltale or Mass Effect games. Each decision with its respective consequences.

It is a slow narrative that contains an emotional journey with the intention of engaging you. And the truth is that it works. Even those who are not sports fans will be very interested in Devin and how his decisions affect his career and his life.

Even what you answer in interviews can affect your career...

While there is little gameplay as such, I think it's a bet that will bear fruit in the following installments of Madden and that is highly interesting and recommendable for a new audience. 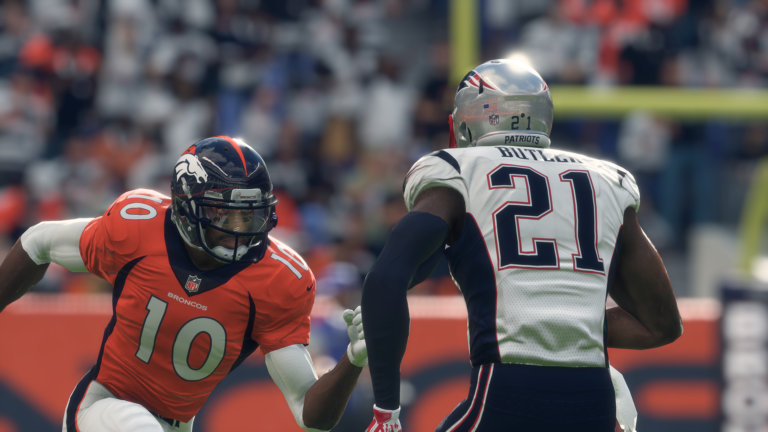 The Way You Play

I will be the first to admit that, even though sports games are re-engaging me, they are becoming increasingly complex.

The nature of the real-life game itself is already complicated, but EA makes a good effort to simplify things by allowing you to play in 3 ways: Arcade, Simulation and Competitive in Franchise mode.

The first of them being a mode that limits penalties and allows you to make fantasy plays while the other two take into account factors such as injuries; Competitive is the proposal to be used in eSports tournaments and from my experience it seems to be a highly demanding mode in a matter of time and practice. Ideal for the most nailed.

If you do not understand this at first, put it in Arcade...

Once completed The Longshot you can enter into the already known modes Madden Ultimate Team (MUT), MUT Squads, Franchise and the new mode Play Now Live, that is developed as this season is doing in the real world allowing you to write history as you wish. No doubt a very interesting way to sports fans who follow the results of the season each week.

The EA graphics engine welcomes Madden and the results are fantastic. He has done a great job with the players' models, animations and light, without neglecting the physics that, although from time to time he has out there nightmare mistakes, complements a more professional, accessible and realistic view of Madden of what has never been before.

It is noticeable in the small details like the reflection of the light and some gestures of the players under the helmet. There is no doubt that it is a graphics engine whose capabilities are just being discovered and it will be a real delight to see what developers can achieve with it in the coming years.

I also applaud the musical selection of the title. Very gringa but adequate, give him an ear.

The Best In Years

Madden 18 is a pioneer in graphic design in American football games and in a well-developed story mode that introduces the emotional factor to players of this type for the first time. By itself is a big step in a direction still unknown.

But that direction is the most interesting. What they have done with The Longshot makes me even more thrilled by the story of Alex Hunter in FIFA 18 (which opens in a few more days) and how this kind of narrative will help further change the Madden franchise. They are welcome and exciting changes. If you want to buy excellent players in MUT mode after the release of Madden 18, you can choose buy cheap Madden 18 coins for sale on madden-store.com. You won't want to miss them.