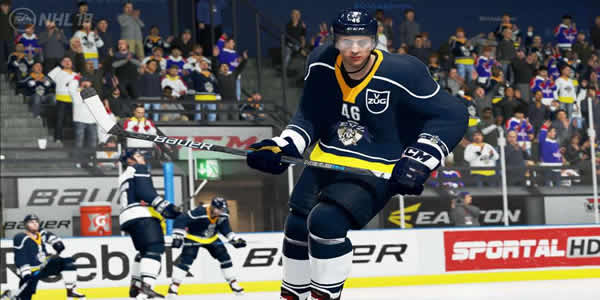 EA's list of their top 10 right wings were unveiled. Every Lightning fan’s Russian, Nikita Kucherov, broke the top 3 with his 89 overall rating.  It’s worth noting that the right wings position has less depth than other positions, as the list starts with an overall rating of 86. Finishing 5th overall on the league’s point list, Kucherov proved to be an elite player and one of the best at his position.

Finishing 5th overall on the league’s point list, Kucherov proved to be an elite player and one of the best at his position.  While his rating may seem a bit low, it’s worth noting that the player at the top of this list, Patrick Kane, is rated only 2 points higher than Kucherov.

Released first, the top 10 defenseman features none other than victor hedman at spot number four.  Receiving a 90 overall rating, EA sports cited his shot blocking, body checking, and stick checking as their reasoning behind his placement. Above him, are Brent Burns with a 90, Drew Doughty with a 91, and of course, Erik Karlsson with a 91.  Directly below Hedman are Duncan Keith with a 90, and Ryan Suter with an 89.

Kobe Bryant and Kevin Garnett may not be any more active basketball players, this does not mean they have nothing to say about sports. And where to do it better than in the upcoming NBA 2K18.

The NBA 2K18 Team Released Their Player Ratings For This Year

NBA 2K18 has grown leaps and bounds since initial hands-on impression. So many players play multiple games and explore every mode during the live preview event on Thursday in New York. NBA 2K18 is the most much-anticipated gameplay, what this means is that this game will be better than previous gameplay.